Motivation and Scope
The rapid advances in a number of areas including industrial technologies, Artificial Intelligence (AI), autonomous systems etc. has led to a new generation of increasingly sophisticated and autonomous systems that are increasingly fueled by AI. Such systems are utilized not only within controlled industrial environments but also in consumer applications, and interact with people and systems on a daily basis. The prevalence of such systems in tangible (e.g., self-driving cars, intelligent robots) or intangible form (e.g., AI decision and profiling algorithms) impact society at multiple levels and have an ethical dimension.

The IEEE IES TC on Technology Ethics and Society (TC-TES) is motivated by these rapid advances and aims to address the intersection of key interdisciplinary areas between technology, ethics and society as also visualized below. TC-TES was created in June 2020. 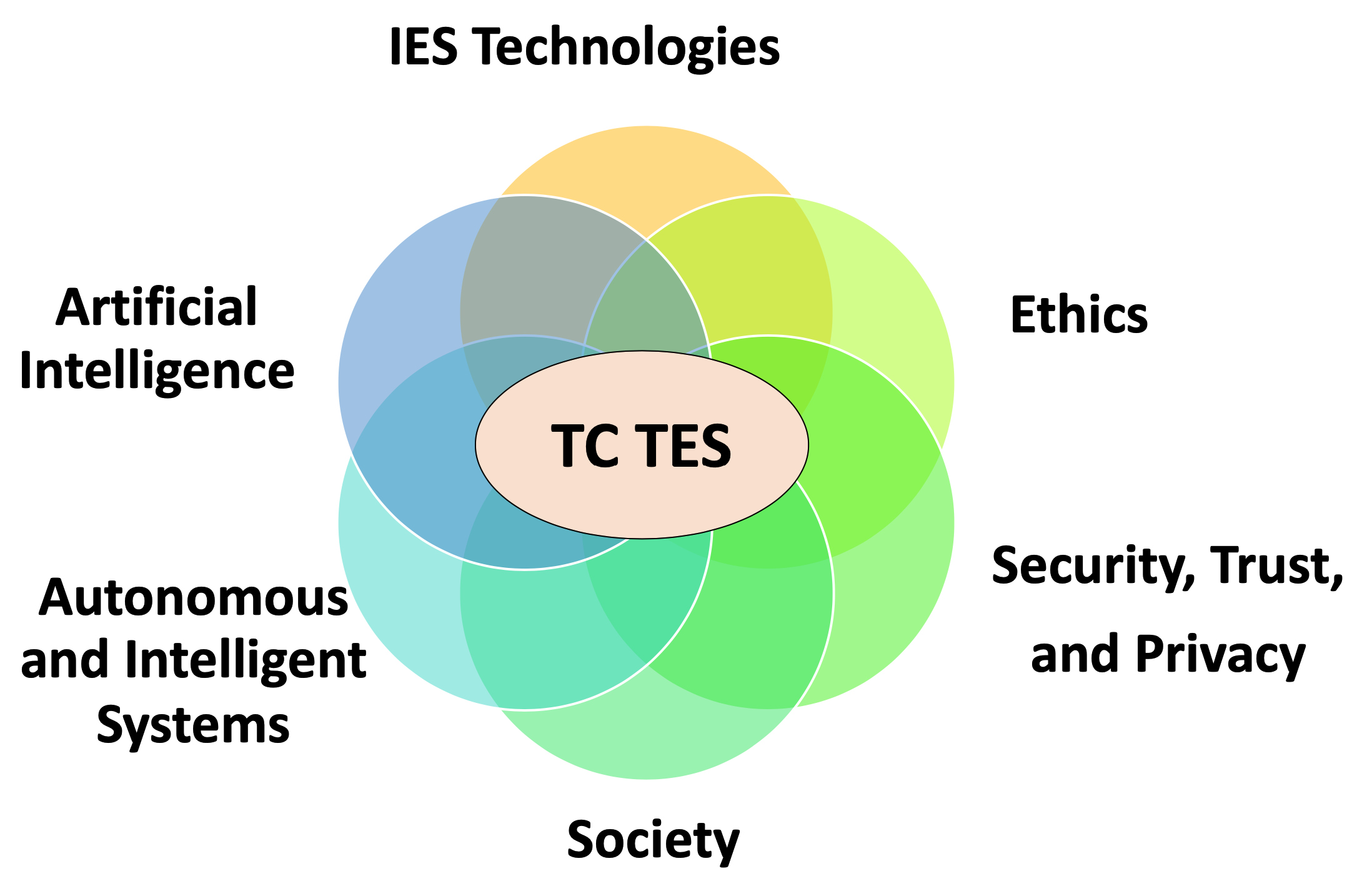 Current research in the area of Technology Ethics and Society include (but are not limited to):